By basszje On 1 December 2013 In Ukraine 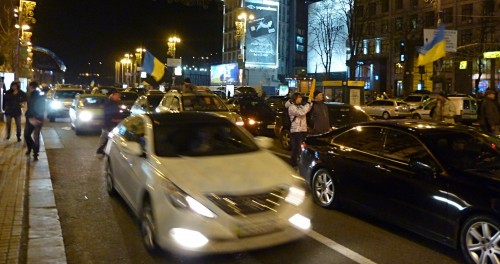 Tonight was another night of demonstrations in Kyiv. The most important fact was that nobody called for this gathering and was fully provoked by the merciless attack of riot police against a few hundred demonstrators on Maidan square friday 4.am. According to media 35 people were seriously injured and one girl died in the hospital as a direct result of head injury.

People are outraged by this attack which seems to be most brutal in recent times. Many protesters had to find shelter in the Saint Michael monastery to be protected from the people who claim to protect the people. So that’s why it happened that Saturday following the attacks many more people came to the square to proclaim their right to free speech, demand an end to the government of Janukovich and sign the EU-UA integration agreement. 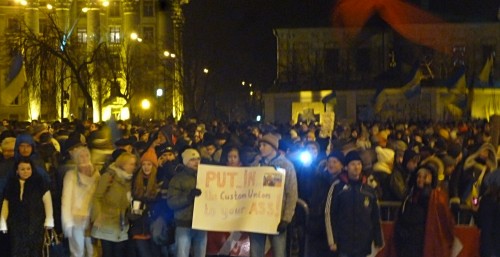 During the evening there while wild speculations about Russia sending military police to brutally contain demonstrations but sources were unclear. It was clear though that some 40 busses of riot police were standing ready at the governmental palace. 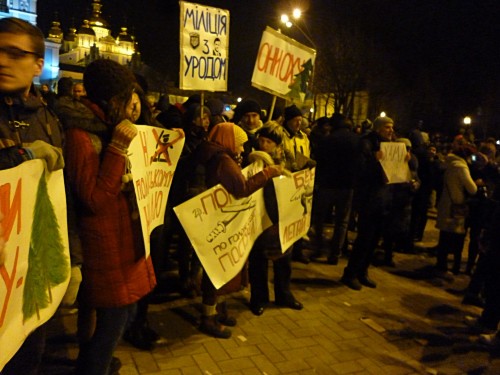 While the government is trying to wash their hands in innocence it’s becoming clear how far their plans streched. Media likes Forbe Urkaine was bought one week before backing out of the negotiations and many other media outlets as well and replaced by ‘friends’ loyal to Russia ( need to say Putin here? ). In the process many journalists were thrown out or quit with many to follow. Many riot squads were recruited from eastern and southern Ukraine. 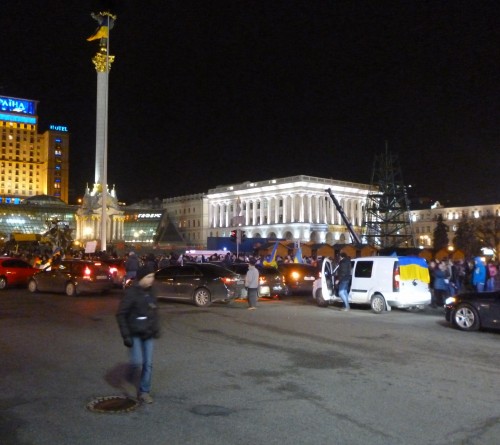 ( Maybe for some outsiders of Ukraine it’s not clear how UA right now is not a democracy by any standards and is ruled only by a bunch of criminals not smart enough to be maffia (not my opinion, but direct quote I overheard ) . 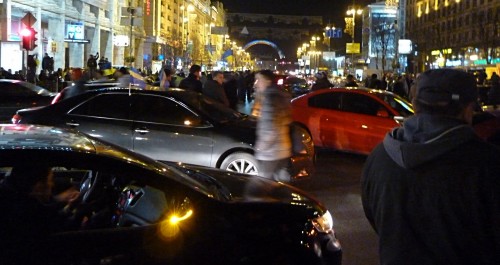 Later in the evening there was a short but powerfull blockade of traffic on Maidan square with people from cars carrying flags and honking their horns.