( Yes I will finish and blog the last part of my august trip really soon, you are still getting Romania and Budapest. ) 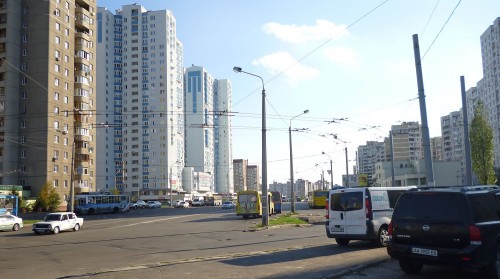 So there I was on Borispyl international Airport. One of the fastest pass-throughs I ever had. Left the plane, went in customs, picked up bag and all in all five minutes later I was meeting Halyna outside.

From this place I’ll try to talk every now and then about the interesting things that happen when you try to live in Ukraine and try to integrate with the people here. Don’t expect big insights in politics and what not, just small stories about everyday life. 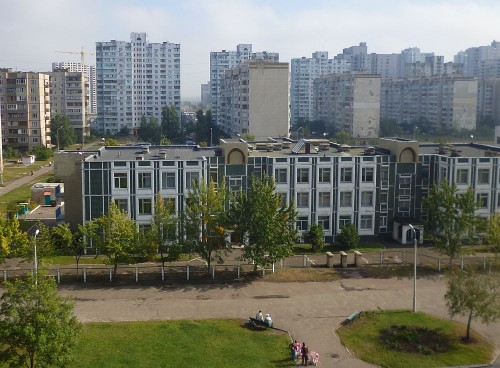 First of all. I now live in a place called Troyeshchyna, which is at the end of the city. Wiki callst a low-income neighbourhood with insufficient public transport ( true that ).

Kyiv ( or Kiev ) is the capital of Ukraine and steadily growing. After the demise of the Soviet Union especially in the country side a lot of factories collapsed destoying many jobs and replacing the half functioning ‘socialist’ economy with something I’d call ‘hyper-capitalism’. This means some people got really rich, really fast. But most people stayed poor, or went for the worse. Especially people in villages (already not the easiest life) where hit heavily, causing people to flock to big cities. This is what happened to most – if not all – post-soviet countries.

This makes Kyiv a city of both extremes. Life, compared to Netherlands, can be really cheap. Or in some places you can spend twice or three times the money you would need to live well in Amsterdam. Consider that average income is very low (500 euro is a very well paid job ), rents might be three times that in some parts.

More information can be found at Wikipedia

In the comments please ask what you like to know about Ukraine or Kiev. Any suggestions I will pick up and see what I can find out about it.