By basszje On 23 November 2010 In Zuid-Amerika en Carribean

After staying for about two and a half weeks with our nearly new grandparents on boat of the trawler in the Aruba nautical club it was time to say goodbye since they were leaving for Brazil ( by plane ). Fortunately we wrote a fairly new couchsurfer coming to Aruba soon after that – by boat – and so we hopped from boat to boat. 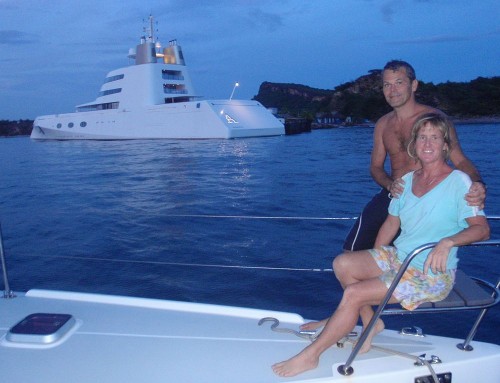 We stayed with James and Susan on a catamaran called Tabbycat ( from Maincat builders in Maine, US ). They are very experienced sailors and being on an actual sailingship for me it’s like a kid in the candystore. James also is a very good teacher so we learn about some knots and how to do things around a ship.

In the meanwhile we try to find ships to Colombia, which is not too easy on Aruba since due to tedious check-in procedures is not too popular with sailing cruisers. There are also ‘barcos’ to Colombia. Little merchant vessel who look like they can get lost as sea in any bad weather. Besides that many people inform us they are often having contraband on board, so not such a good plan.

Eventually we find a couple who is willing to take us to Colombia. We meet up and every looks fine. Sure they drink some, but we are no saints either. After a second visit more seems wrong. Both are downright alcoholics and next to that some – cough – psychological problems appear. Since the cruiser world is quite small a lot of people advice against it. By then we already made our own conclusion so we stay on Aruba.

In the meanwhile James and Susan invite us to join into Curacao where they are going to race the Heineken Regatta. Besides many say that on Curacao there are many more cruisers getting ready for Colombia, especially now we are entering the end of the hurricane season and the big departure in the direction of Panama gets starting.

So off we go. Unfortunately it’s not good sailing weather so we motor to the island. In the meantime of course we get some extra lessons in boat handling making lines, all about wind speeds and more. I realize this is my first time out on the big seas, apart from some transfers between Calais and England, but yeah there is a difference between the caribean sea and ‘the canal’, hub. 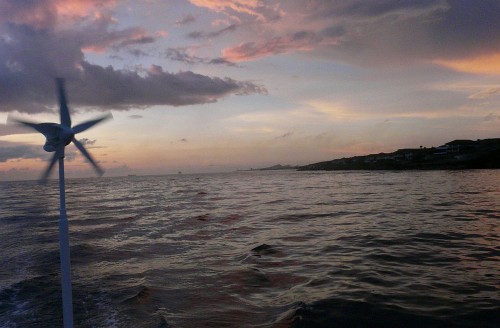 Our hosts are a fun bunch. They like music, movies, fun things, swimming and sailing. We have a small cooking competion, alternating days and cooking the best recipes.