Last saturday a demonstration started from five different places in Berlin. The starting points where all places being threatened by megalomanic buildings plan and neoliberal use of the spree riverside. We departed from Kunsthaus Tacheles, which is threatened by closure in four weeks. It was a colorful party-like march to show the city what it will miss if it squanders it’s cultural diversity, it’s open spaces and clubs. Exactly the thing that makes Berlin still an unique place opposed to most other West-European cities which look exactly the same. The imagine-less corporate-landscape. Anyhow, the march (38 degrees celcius) ended in cool-down waterfight in a fountain. 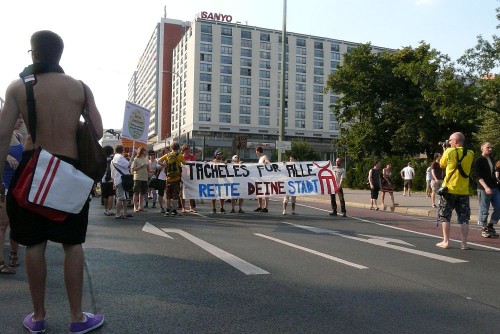 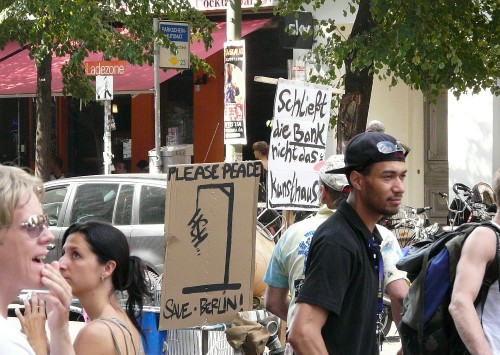 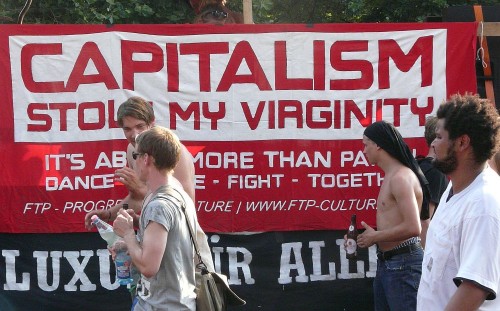 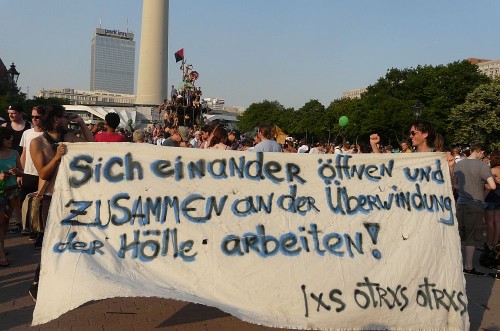 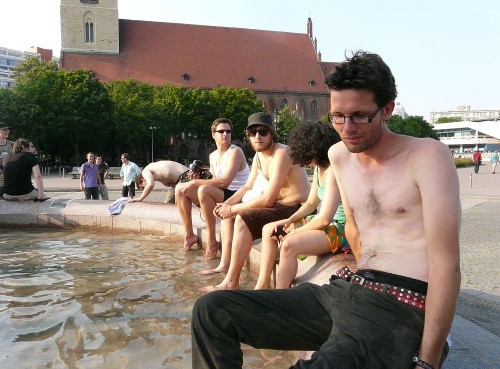 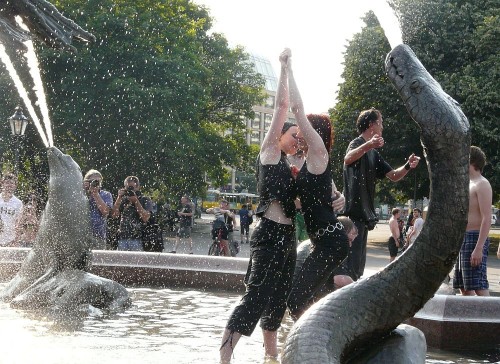 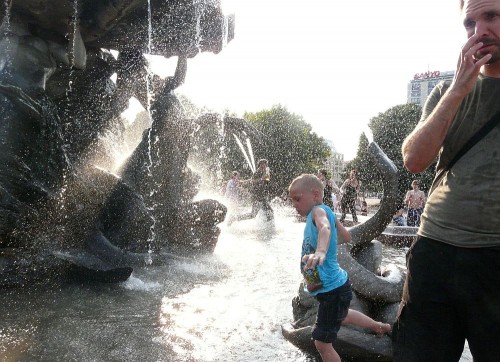 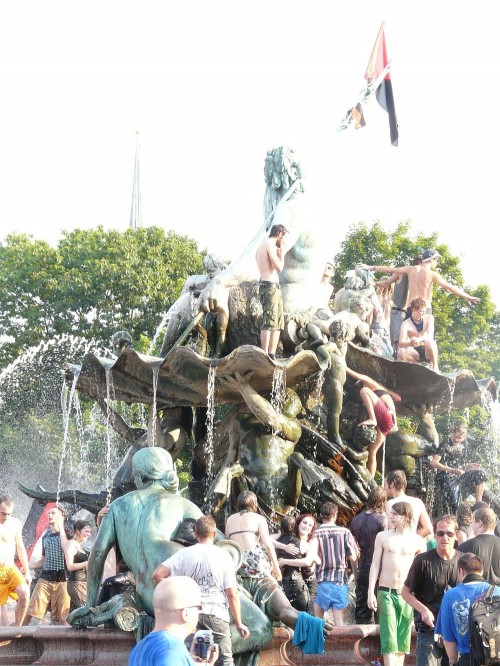 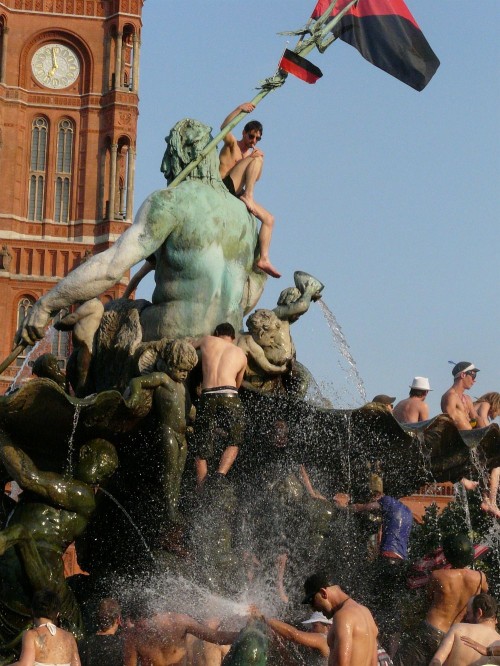 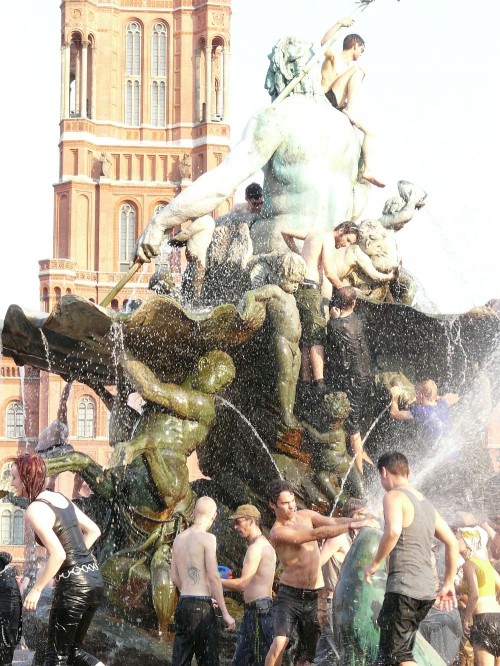